It was the first time the 5 of us had all hung out together in many years... 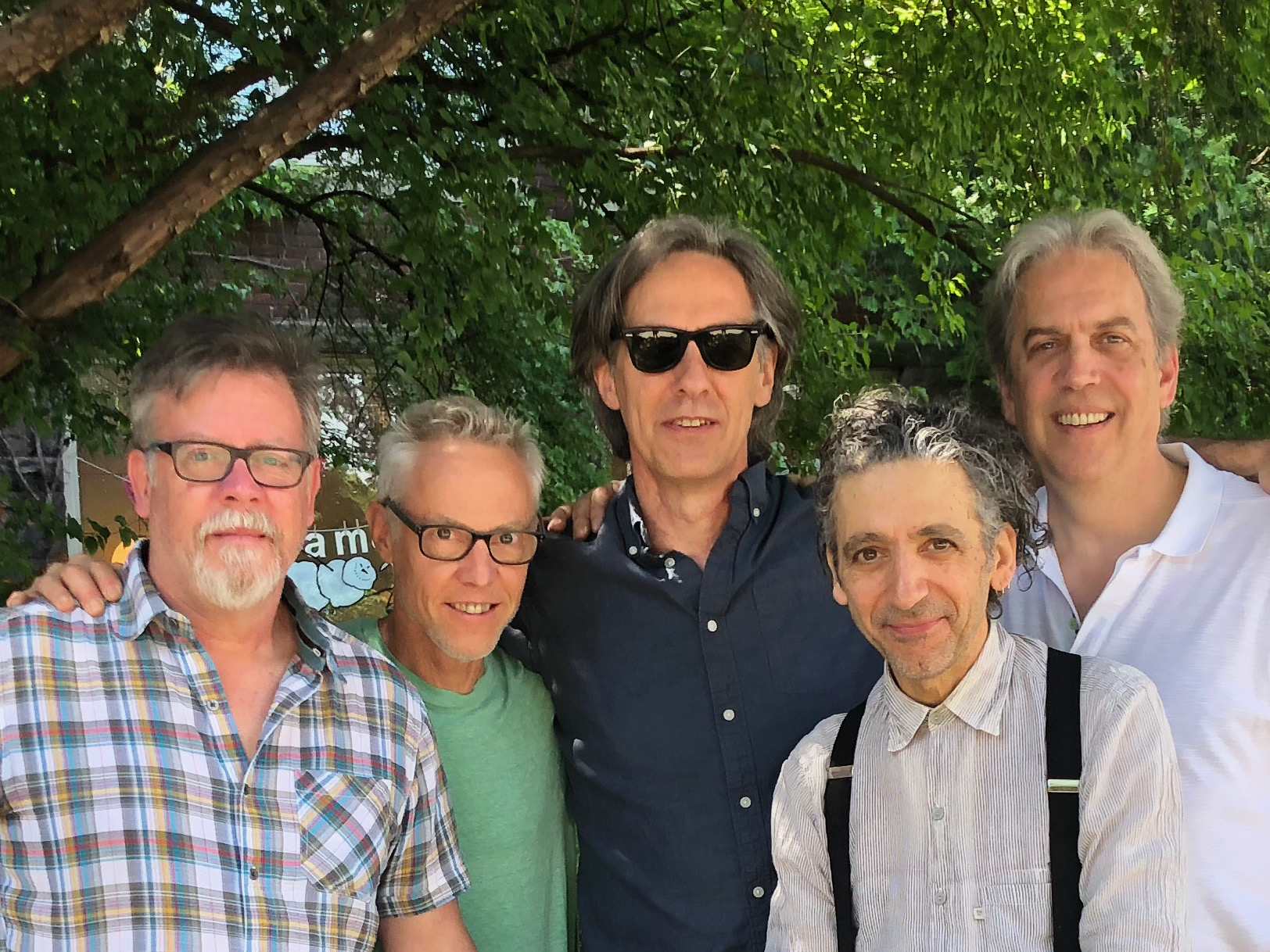 Some of the True North audio samples were broken, but they're fixed now. Somewhere along the way we added a Real Audio version of "Lies and Promises" and forgot to say anything here.

You can now hear "Strange" with Shockwave streaming audio if you have it. The site's been given a facelift.

"Code" is an ambitious statement. Song-oriented, spacious yet focused. Whether via seductive insistence, as in the record's opening track "Equation," or by frenetic contradiction, as delivered in "Trust" (a song featured on the current CD samplers of Musician and Guitar World magazines), "Code" makes no excuses and takes no prisoners. Early reviews of "Code" concur:

Robby has toured extensively this year with Italian pop-phenom Alice in a band that features Japan members Mick Karn and Steve Jansen. As the Alice tour winds down this summer, an autumn tour is in the works for Robby and Red Letter in support of "Code." More to come on that.

Pick up a copy of "Code" and check out the review of "Code" in the September issue of Guitar Player magazine. The annual Reader's Poll is in this issue and any support for Robby in the "Best New Artist" or "Best Record By a New Artist" categories means a great deal. Stay in touch.